A native of Colorado, Virginia Gorsevski has lived in Washington, DC since 1993 and in the Palisades neighborhood for nearly 15 years. She and her husband Ned have three sons (ages 16, 14 and 9) and she can often be found walking the family dog (and cat!) in the W Street Park. Virginia has been active at Key Elementary School, where she served a term as PTA president, as well as Chair of several committees. Virginia has a PhD in Geographical Sciences from the University of Maryland and currently works on a Science Panel for the Global Environment Facility. Her background is in international development and conservation and she hopes to apply some of the lessons learned at the global scale to local issues affecting residents of the Palisades and surrounding areas.

Alan Karnofsky is a first-term Advisory Neighborhood Commissioner representing the Palisades and Kent. Alan is a Master of Public Administration graduate from American University, with a concentration in State and Local Government. In 2013, Alan graduated from the University of North Carolina at Chapel Hill with a Bachelor of Arts in Political Science. In his day job, Alan works as an Operations Analyst for the City Administrator.

Alan enjoys using the Palisades Recreation Center fitness room and tennis courts. He is also a frequent shopper at the Palisades Safeway, Mac Market, and Prime Cleaners on MacArthur Blvd.

As an Advisory Neighborhood Commissioner, Alan wants to be as accessible as possible. Alan will frequently hold meetings to engage with residents, have an email listserv, and provide newsletters to the community. Alan would also like to improve infrastructure in our community to reduce speeders and traffic and provide safe passages for our children. He is excited to engage with the Key Elementary staff, families, and surrounding neighbors on any issues.

Please email him at any time to voice any concerns and to stay connected.

J.P. is a Fifth Generation Resident of the District of Columbia who lives in Foxhall Village with his wife, Lauren. J.P.’s parents also live in Foxhall Village and Lauren grew up on Sherier Place in the Palisades. J.P. graduated from Georgetown University with a degree in Finance and is a lawyer who practices law with his father in Szymkowicz & Szymkowicz, LLP. J.P. is admitted to practice law in the District of Columbia, the State of Maryland, the State of New York and the Commonwealth of Virginia. Lauren is a graphic designer who owns Abstract Orange Design. J.P. is a member of the Board of Directors of the Foxhall Community Citizens Association and is the FCCA’s representative to the Georgetown Community Partners’ Environment and Landlord Initiatives Working Group. In their spare time, J.P. and Lauren enjoy going to movies and are currently on a tour of the Fifty State Capitol buildings and have visited 34 capitols in their quest to learn more about our great country and the people who live there..

Dr. Christine Warnke has long-time ties as a civic leader on women’s issues, human rights, economic development, domestic violence, veterans and most recently real estate and property rights. She currently serves at the pleasure of our DC Mayor, Muriel Bowser as the Consumer Commissioner on the DC Real Estate Commission and the DC Humanities Council but also has extensive experience during her six year tenure to the Board of the National Institutes of Building Sciences. In 1993 she was nominated by President William Jefferson Clinton to the Board and confirmed to the United States Senate. Besides her experience in the building sciences and real estate development arenas both nationally and in Washingtton, DC , she also is passionate about highlighting our city’s rich cultural history through its diverse communities. Dr. Warnke co-authored a Smithsonian publication (The Urban Odyssey) on Washington, DC’s ethnic rich history at the turn of the 20th century. Christine has brought enormous energy and focus to work on behalf of the citizens from all eight wards in our nation’s capital with instituting a program to transition women on welfare into self sufficiency status; greater advocacy for protecting our citizens against domestic violence and abuse; and seeing that our underserved youth are given “safe havens” in order to expand their opportunities for excelling in safer environments after school and providing scholarships to homeless veterans.

Check back soon
Once posts are published, you’ll see them here. 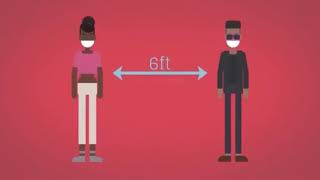 #imask4dc Wear a mask to stop the spread of covid!